Colin Mold started with the learning Piano and then at the age of eight took up the Violin and the Guitar.After an interesting time at the London College of Music playing in some great orchestras, he has continued to write and play music. In 2003 he formed the progressive rock\folk band Kara and produced their first CD. Following this he has released two solo cds, the second working with the very talented lyricist Cindy L. Spear who has written with such people as Iona,Viv Neville and Lisa Fury. He is currently a member of Norfolk based group Magicfolk. In Spring 2012 he also toured with progressive rock band Karnataka on their New Light Tour. A new Magicfolk CD “Salterello” and a new Solo CD “Will We Ever Return” are on their way for 2013

He continues to teach,play,record and produce music 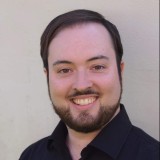